The Prayer of Faith


It was a overcast Tuesday morning, and the clouds looked as though they could unload their burden anytime.  The team from Allen, TX, made up of high school students and a couple leading the group, piled out of the van at Ms. Bonnie's home.  It was our second day at the job site and there was energy and excitement in the group for another day serving Ms. Bonnie and praying in the community.


Due to the threatening weather, we decided to go on a prayer walk first thing.  After saying a word of prayer as a group, we split up into three groups to canvas the neighborhood.   On prayer walks, we walk around the neighborhood praying for the area and with anyone we come across.  My group prayed with a couple people and after about 20 minutes we made our way back to Ms. Bonnie's.  We were the first group back so we spent a few minutes praying for the other groups and then started working.

About five minutes later, another group made it back, so I encouraged them to continue to pray for the last group while they started working.  About thirty minutes later, the leader came up to me and said "Let me know when I should be concerned that the other group isn't back yet." I encouraged him that normally when groups are gone for this long, it means they're having a conversation with someone so let's keep praying for them.  Another half an hour passed so we went out on the front porch to look for them, then we caught glimpse of the bright green volunteer shirts.  A collective "praise the Lord" was uttered and we ran out to meet them.

It was obvious from the huge smiles on their faces that something great had happened.  They went on to share with us that for the first twenty minutes of their prayer walk they hadn't talked or prayed with anyone so they stopped on a street corner and asked the Lord for someone to interact with.  No more than two minutes later they ran into someone right in front of a convenience store and they prayed with him.  He then connected them to the owner of the store, John*, and they talked with him.  He began asking them questions and discussing differences in their beliefs.

John was open to discussion and hearing more about the gospel so the group, right in the middle of the store, clearly shared the good news of Jesus Christ with him and all those around.  "It was so amazing, God is so good" shared one team member.  As the group finished telling the story, the rain cut loose and started pouring on us.  We retreated to the porch where we thanked God for the amazing prayer walk and prayed that He would continue to work in John's life. Please join us in praying for him.

What a challenging reminder that I need to pray with expectancy; not just hoping God will answer, but believing He will according the promises in His word.  Mark 11:24 "Therefore I tell you, whatever you ask for in prayer, believe that you have received it, and it will be yours."


*name changed
Posted by Unknown at 2:17 PM No comments: 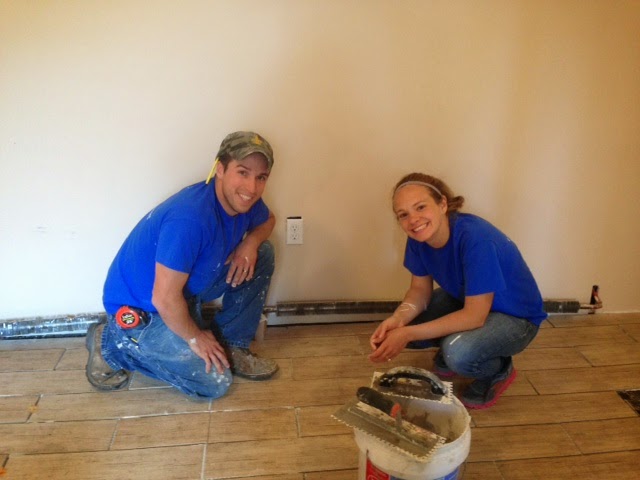